Just how many times would a particular event repeat itself and we quit calling it a coincidence. And call it something else such as paranormal phenomenon?

I peeked into a particular collection of paranormal phenomena a lot of times in the year 2012, and came upon this man called John “Babbacombe” Lee. The man that couldn’t be hanged.

In February 1885, Joh Lee went to the gallows at Exeter Gaol in England. He had been convicted of the murder of Emma Ann Whitehead Keyse at Babbacombe Bay, South Devon and sentenced to hang. Through an astonishing series of events, the condemned man was saved from judicial hanging and eventually became free.

Emma Keyse, a rich and elderly spinster, lived in “the Glen”, a family home she had inherited and occupied alone except for servants. John Lee, the cooks’ half-brother, worked as a footman at the Glen prior to joining the Royal Navy, but after a medical discharge and subsequently serving 6 months in prison for theft from another employer, he returned to Babbacombe Bay to resume his old position at the Glen. In November 1884, Emma Keyse was found dead following a house fire. She had suffered blunt force head trauma and her throat had been violently cut to the vertebrae. It was clear to investigators that the killer had set fire in an attempt to cover up the crime. John Lee was suspected at once. He was the only male servant and he had an unexplained wound on his arm. Supposedly, his motive derived from a pay cut he’d been given for unsatisfactory work. The evidence was circumstantial, and John continued to protest his innocence. Nevertheless, a jury convicted him of murdering Emma Keyse. 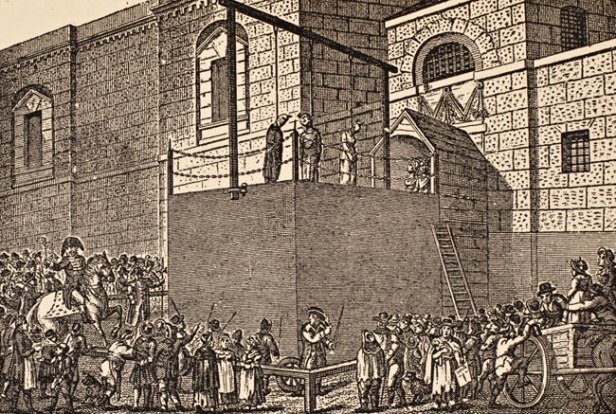 When the time came, John Lee mounted the scaffold. The executioner adjusted the noose around his neck. But when the lever was pulled, the trapdoor failed to open. John waited while the executioner tested the mechanism, which seemed to work. For a second time, the rope was put around John’s neck. Again, the trapdoor didn’t open. The mechanism was tested by workmen and found in order, so a third attempt to hang John was made. For the final time, the trapdoor malfunctioned. John was taken back to his cell. Later, his sentence was commuted to Life in prison. He served 22 years and was released in 1907 already a legend as the “Man they couldn’t Hang”.

Of course, it must have been a usual (at least, once in a while) sight for hangings to fail in Victorian England, but when it happens consecutively? Come on, we are righted to call it something else asides simple mechanical failure and coincidence. Maybe divine intervention, or something else entirely.

As to the reason why John Lee was immediately and ultimately suspected as the killer; even amidst other female servants in the Glen, it is worthwhile that you know: in Victorian England, and other times before it, Women were generally considered the weaker sex, and are thus viewed as irresponsible and unfit (almost unbelievable) to commit most heavy crimes such as murder, or robbery. In fact, when a woman commits a crime, the husband is likely to be arrested and convicted in her place.