The author of a book I once read likened Envy to mental theft. You should try not to envy people’s lives. If you must envy, you have to go beyond just what you see of people. You must have to put up with people’s sacrifices, challenges, and difficulties.

There were lots of times when I used to envy the Cheetah on behalf of the other carnivores in the wild. The Cheetah is the fastest land animal on the planet, having very flexible and almost elastic muscles that allow them spring and stretch gracefully when chasing after their prey. The Lions on the other hand can be very lazy, and often go hungry. Lionesses are good hunters, but they don’t endure long distances in their pursuit of prey- which means they often get tired quickly. Hyenas are happenstance hunters and thieves- they have to steal, or muster themselves in number to get down their prey.. Or they go hungry. The Leopard is also an ambush hunter- so they keep hungry while they wait for the right moment to strike. Jaguars are often dealt with in the rain forests of Asia- they don’t have variety of food like their siblings in Africa, and their available prey often turn out to be annoying.. So they often endure hunger. 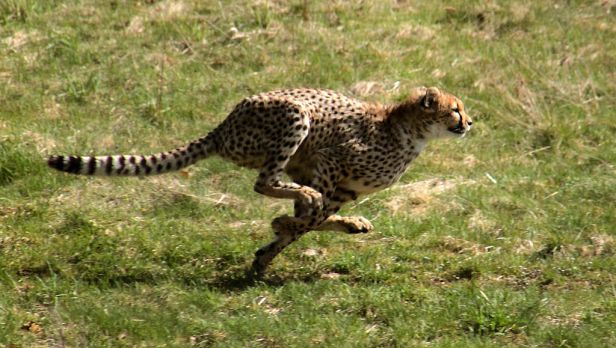 But the Cheetah? Gracefully, she only needs to pick out a particular victim out of flocks of prey. And in less than two minutes, she suffocates her prey on the jungle floor- a feat which is often successful more than 50 times out of 100. But is this life of ultimate predation always thoroughly awesome as it looks?

You should think of the Cheetah as the Concorde aircraft- which is both fortunately and unfortunately not in operation any longer since the year 2003. This British-French turbojet-powered supersonic passenger jet airliner achieved maximum speeds over twice the speed of sound at some 2,180 km/h cruise height. In fact, it was so fast that the resultant sonic booms that follow its travel could cause severe noise pollution to people living below and could break house and skyline windows. But among the major concerns for retiring the aircraft asides environmental concerns was its fuel consumption. To compensate for its high efficiency even for a small bodies aircraft, according to a trusted source, the Concorde burned over two tons (approx. 2000 kg) of fuel just taxiing along the runway, and over 100 from London to New York. If you compare that to today’s 777 seater, you’d have some 44 tons of fuel for the same London to New York route.

Thus, the Cheetah doesn’t always feel graceful as it looks, even though we don’t know what might be going on in her mind whenever she contemplates going after the next meal for the family. To compensate for her top speeds and meandering during chase, the Cheetahs burn up huge amounts of energy for a cat of like size and mammal of various sizes. In the same process, her body overheats just like the Concorde aircraft and she’d need to timely pant to mop out the excess internal heat and cool off. It becomes clear that a Cheetah must achieve its purpose whenever it sets out to hunt, because on extreme occasions, such top predatory chase that it gives to potential prey could lead to her death if she doesn’t make her catch.

So next time, before you wish you were one of these graceful predators while watching an episode on National Geographic, you should get acquainted with this reality check.